How Businesses Will Benefit from Congress’ Tax and Spending Deal

The end of 2015 brought forth two massive bills from Congress, totally more than 2,200 pages, that provide funding to the federal government a well as extends various tax breaks that will have positive effects on both businesses and individuals. 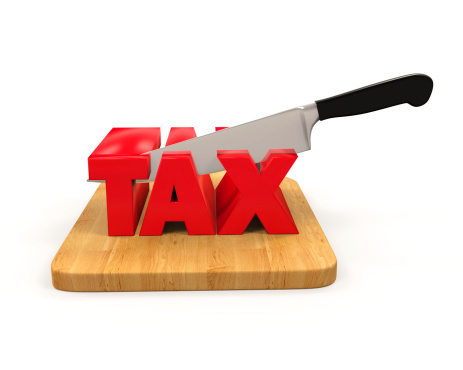 Businesses, specifically, stand to receive many benefits as a result of the new bills, but with it comes one drawback. The legislation does not block the National Labor Relations Board from enforcing its new joint employer standard, which is something the International Franchise Association had hoped to see addressed in the bill.

Discussed below are nine specific provisions that will directly benefit businesses most significantly:

This new provision enables small businesses to expense as much as $500,000 in investments of heavy machinery or office equipment as opposed to being required to depreciate the cost over the span of years. In recent years, past the half a million-dollar limit was extended on a year-by-year basis, and at times, was not extended until years’ end, and then on a retroactive basis.

Because of the lack of certainty around whether or not the $500,000 expensing limit would be in place, the effectiveness of this tax break was limited as an incentive for businesses to make investments in new equipment.

By making the limit permanent, as well as indexing it for inflation, it is said to be easily the most positive thing Congress has done in the past several years to benefit small businesses. This expensing limit will ripple through the economy, presenting in the form of new investments and job creation.

Businesses of all sizes are able to take advantage of the incentive to buy new business equipment. This provision allows for businesses to depreciate 50 percent of the cost of the property invested in, and put into service during the years 2015, 2016, and 2017. In 2018, the bonus depreciation will scale back to 40 percent, and further down to 30 percent in 2019.

As a result of the new bill, landlords will be allowed to permanently depreciate leasehold improvements, in the form of alterations to a building in order to suit the needs of a particular tenant, to be spread out over 15 years instead of 39 years. This 15-year cost recovery period also applies to any retail and restaurant renovations.

In the past, the research and development credit lacked effectiveness as an incentive because the tax credit often expired and was then retroactively restored, making no true incentives to spend money on the research and development of new products as well as technologies. The legislation makes the R&D credit permanent, making it more effective and useful, especially for startups.

The bill suspends the 2.3% excise tax on the sale of medical devices in both 2016 and 2017. As a result, the medical device industry will save approximately $3.4 billion. The 40% tax that applies to high-cost health insurance plans under the Affordable Care Act will be postponed until 2020, instead of 2018 as originally slated. Business groups and labor unions alike are opposed to this “Cadillac tax”, claiming it forces employers into slashing health care benefits for employees in an effort to avoid the tax.

The ACA’s tax on health insurance companies is also suspended for one year under the bill. Groups such as NFIB assert this tax is detrimental to small businesses because the cost of the tax is passed on to the insures in the form of more expensive premiums.

Temporary delays on the taxes are the first step in getting them repealed according to opponents.

The Small Business Administration is authorized by the legislation to back up to $26.5 billion in loans to small businesses under its flagship 7(a) loan program. Lending set a new record in 2015 by funding $23.6 billion in loans, and the program’s growth for this year will be accommodated by the increased authorization level.

The SBA’s loan program is appealing to small businesses because they feature longer amortization terms, which equates to smaller monthly payments.

In 1975, during the energy crisis, a ban was imposed to ban all crude oil exports. This ban is lifted by the new bill.

As a result, American oil producers will be able to compete on a level playing field with such countries as Iran and Russia, delivering energy security to friends and allies, and advancing the energy revolution that has had such a hand in revitalizing the economy, as well as provide meaningful benefits to consumers and families all across the US.

While this is a positive for US oil producers, it is not so good for American consumers and refinery workers, as it runs counter to any efforts to fight climate change.

Under the new legislation, businesses are encouraged to share information about cyber threats with one another, as well as the federal government. This is aimed to strategically improve efforts to fight off cyber criminals as well as better protect both intellectual property and consumer data.

There is fear raised by the American Civil Liberties Union that this legislation will give government agencies, such as the FBI, access to private consumer information that can potentially e used to aid in criminal prosecutions that are unrelated to the issue of cybersecurity.

A requirement for beef and pork sold in the US, that includes a label that specifies the country of origin is repealed in the new legislation. This will afford US manufacturers a savings of $1 billion in retaliatory tariffs from Mexico and Canada, which just recently won a World Trade Organization case that alleges the labeling requirement was a violation of trade laws.

Public Citizen claimed the label requirement was helpful in helping consumers be more aware and make more informed choices regarding their food, stating that its elimination makes it clear that trade agreements can, and do, pose as a threat to even the most favored of US consumer protections.

Find out more about the latest news impacting your company. Contact Effortless 24/7 at (248) 681-7722 or email us at info@effortless247.com to learn more about our managed IT services where we keep you up-to-date on everything IT-related.